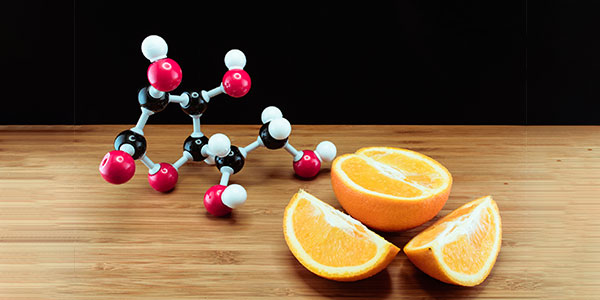 Ascorbic acid is industrially produced from a sugar that can be extracted from various raw materials. It is palm fruit kernels that are the basis for the excipient ascorbic acid in Pharma Nord's preparations.