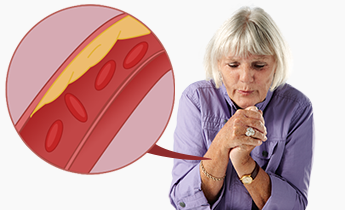 One of the implated dietary components is selenium, an essential trace element. Selenium is incorporated into selenoproteins and plays a crucial role in human health and disease. Research has shown a benefit of selenium supplementation in the prevention of cardiovascular disease in populations with low selenium levels in the blood. But what about the role of selenium in relation to atherosclerosis?

Atherosclerosis, the build up plaque inside your arteries, is one of the most common causes of death in the US, and according to University of Maryland, atherosclerosis is the underlying cause of most cases of heart attack, stroke and vascular dementia. Plaque is found in 80 to 90% of Americans over the age of 30.

Evidence from animal studies indicates that selenium and selenoproteins might contribute to preventing experimental atherosclerosis, which can be explained by the molecular and cellular effects of selenium observed both in animal models and cell cultures.

The proposed mechanism for the role of selenium in the prevention of atherosclerosis include inhibiting oxidative stress, modulating inflammation, suppressing endothelial dysfunction, protecting vascular cells against apoptosis and decreasing lipid peroxidation.

The KiSel-10 study, which was published in The International Journal of Cardiology, has shown that people with low concentrations of selenium in their blood are at significantly higher risk of death from heart disease. Secondly, a combination of selenium in the form of Pharma Nord's SelenoPrecise tablets and Bio-Quinone Active CoQ10 GOLD capsules taken twice a day for four years provided significant protection against heart disease in people with low serum selenium status. Cardiovascular mortality was lowered by 54 percent in the SelenoPrecise/Bio-Quinone Active CoQ10 group as compared with the placebo group.

However, further studies are needed to confirm the roles of selenoproteins in atherosclerosis prevention and in order to document the underlying mechanisms.