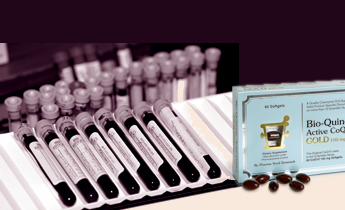 The use of statin medication was approved in the United States in 1987. Tens of millions have been prescribed statins as a precautionary measure for cardiovascular events due to fear of too much cholesterol in the blood leading to a plaque build up in the coronary arteries and blocked blood flow.

The reason why doctors are writing an increasing number of prescriptions for statins is that they have become much more aware of the apparent increased risk of cardiovascular disease following in the wake of high cholesterol. Evidence shows that these drugs are highly effective in reducing elevated cholesterol levels in the blood. On the other hand, it comes at a high cost. Statin therapy is linked to a risk of side effects such as headaches, dizziness, depression, memory loss, diabetes, muscle pain and damage to muscle tissue.

There are three issues concerning statin use that relate to CoQ10.

As a consequence the older we are when we start statin therapy, the lower the levels of CoQ10, and, the greater the risk of side effects.

The Biological Mechanism
The effect is due to the fact that cholesterol and CoQ10 are produced in the same biological pathway in the body. Basically, the body’s production of cholesterol requires mevalonate, a derivative of mevalonic acid. Statin medications work by inhibiting the production of mevalonic acid and mevalonate. But mevalonate is also necessary for the production of the long isoprenoid tail of the CoQ10 molecule. Therefore, when statin inhibit mevalonate, they indirectly inhibit our body's  synthesis of CoQ10, which is required in the ATP production.

The explanation for many of the side effects from statin therapy is that unwanted symptoms occur when muscles have to work with too little energy because of a lack of sufficient amounts of CoQ10 and thereby ATP at the cellular level.

A Solution
CoQ10 capsules are safe, effective and affordable.  If you must take a statin medication, it makes sense to talk to your cardiologist about taking a good CoQ10 supplement too. How much CoQ10 your doctor recommends will vary. Some doctors recommend their patients to take 100 mg of CoQ10 per 20 mg of statin medication, but less might do it for some.