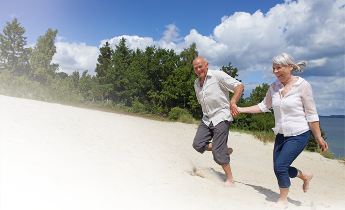 Research has shown that patients diagnosed with chronic fatigue syndrome (CFS) have abnormally low levels of CoQ10 in plasma and muscle tissue. Research has also shown that supplementing with a well-formulated CoQ10 preparation improves CFS symptoms.

Researchers have determined that a low CoQ10 level is also an independent predictor of chronic heart failure (CHF). Mortality due to CHF may explain previous reports that the mean age of CFS patients dying from CHF is 25 years younger than the age of those dying from CHF in the general population.

About Chronic Fatigue Syndrome
Chronic fatigue syndrome is a chronic condition characterized by a debilitating fatigue. The fatigue may be exacerbated by physical or mental exertion. Oddly enough, the fatigue in CFS patients is not alleviated by rest or relaxation. CFS patients also suffer from unexplained muscle pain and various immunological symptoms. The cause of CFS is still unknown.

Low CoQ10 Levels in CFS Patients
In 2009, Dr. Michael Maes and colleagues at the Maes Clinics in Antwerp, Belgium, measured the concentrations of CoQ10 in plasma in 58 patients diagnosed with chronic fatigue syndrome and in 22 normal healthy study participants.

Moreover, in the CFS patients, the researchers saw a significant inverse association between plasma CoQ10 levels and the patients’ scores on the Chronic Fatigue Syndrome Rating Scale, which is a scale used to determine the severity of the disease.  Lower CoQ10 status was significantly associated with higher levels of fatigue.

CoQ10 Depletion Activates Inflammation
Inflammation is a protective response of the body’s immune system to harmful pathogens and toxins. Socalled inflammasomes are components of the innate immune system and are responsible for activating inflammatory processes.

Treatment of CFS with CoQ10
In 2016, researchers in Barcelona, Spain, treated patients with chronic fatigue syndrome with a daily combination of 200 milligrams of CoQ10 and 20 milligrams of nicotinamide adenine dinucleotide (NADH) or matching placebo for eight weeks.

The researchers used an oral ubiquinone/CoQ10 supplement in this randomized controlled study. The ubiquinone form of Coenzyme Q10 is the completely oxidized form, the most well-documented form, and the form most commonly sold commercially.

The data from the study showed a significant reduction in maximum heart rate during a cycle ergometer test in the 8th week versus baseline cycle test heart rate for the study participants receiving the CoQ10 plus NADH treatment.

Moreover, the data showed that the participants’ reports of fatigue were significantly reduced in the active treatment group as contrasted with the placebo group.
The CoQ10 plus NADH supplementation was safe and well-tolerated.