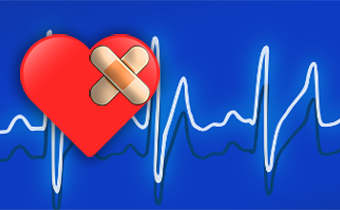 Cardiovascular disease is the number one cause of morbidity and mortality in the United States. An elevated blood cholesterol level is seen as a major risk factor in this disease, resulting in an increase in the number of prescriptions for cholesterol-lowering medications in recent years.

Are statins good or bad? On one hand, there is evidence that these drugs are highly effective in reducing elevated cholesterol levels in the blood. On the other hand, those medications are linked to possible side effects such as fatigue, headaches, dizziness, depression, memory loss, diabetes, muscle pain and damage to muscle tissue.

The reason why doctors prescribe more statins now is that they have become much more aware of the increased risk of cardiovascular disease, following in the wake of high cholesterol, but research has also proven that there are consequences from blocking the body's cholesterol synthesis.

Cholesterol and the Liver
Cholesterol is synthesized in the liver. Statins block the enzyme HMG-CoA, which is a necessary step in the cholesterol synthesis. The problem of inhibiting the HMG-CoA enzyme is that it is also a required precursor in the synthesis of CoQ10, which all cells need for their energy metabolism. When we inhibit the formation of cholesterol, statins also inhibit the body's own production of CoQ10, leading to a variety of complications.

Muscle Pain and Fatigue
When the body produces less CoQ10 - it results in an impaired energy metabolism in the cells. This  can affect us in a number of different ways. Some statin users experience a lack of energy, and others experience more tangible side effects like muscle pain. It is believed that muscle pain occurs, because the muscle cells' energy-producing mitochondria do not function properly when they lack  CoQ10.

Backed by Research
According to the American cardiologist Peter Langsjoen, who for many years has been aware of the association between statin therapy and reduced CoQ10 levels in the body, this is something you should pay special attention to. "Scientific evidence submitted to the FDA shows a significant reduction of coenzyme Q10 in patients on statin therapy," says Dr. Langsjoen. Research suggests that he is right. A study published in Journal of Clinical Pharmacology showed that three months of treatment with a statin (medium dose), lowered blood CoQ10 content with up to 40%.

CoQ10 Supplementation can Help
Several scientific studies have shown that by giving supplements of CoQ10 alongside statins, you may reduce the incidence of side effects. For example, in 2007, American researchers published a study in the American Journal of Cardiology, where they described how a 30-day supplementation with CoQ10 led to a 40% reduction of muscle pain in patients on statin therapy. In other words, patients could better tolerate their statin therapy, without side effects impairing their daily activities.

Experts Disagree
Among experts, there is some disagreement about the need for statins. Some advocate a massive deployment of this type of drug, not only among middle-aged and older people, but right down to children and young persons, whereas others certainly do not see this as a positive development. Whatever the case, it cannot be denied that statins have some justification with their cholesterol-lowering effect, but it is worth considering the role of CoQ10 and how it is impacted. Perhaps in the future, we will combine statins with CoQ10 to boost the body's ability to execute energy-intensive activities in spite of the CoQ10 deficit, produced by the cholesterol-lowering drugs.