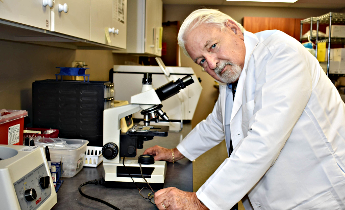 Dr. Judy is the founder and president of the SIBR Research Institute and a CoQ10 researcher for nearly half a century.  As the primary author of the seminal web article entitled “Coenzyme Q10 Facts or Fabrications,”  Dr. Judy has also just published an Insider’s Guide to Coenzyme Q10.  The book is based on his many years of clinical research.

Summarized below are the main takeaways from the Dr. Judy interview.

Oral Ubiquinol not Absorbed in the Ubiquinol Form

In Dr. Judy's opinion, the mistaken assumption that oral ubiquinol is better absorbed than oral ubiquinone originates from the misuse of a study done by Dr. Hosoe in Japan in 2006.

The double-blind, cross-over comparison study done at the Pablo de Olavide University in Sevilla, Spain, is, in Dr. Judy's mind, the first fair comparison of the absorption and bio-availability of oral ubiquinone and oral ubiquinol products [Lopez-Lluch 2019].

The Lopez-Lluch study showed that a patented ubiquinone CoQ10 supplement – the same formulation that was used in both the Q-Symbio and KiSel-10 clinical trials – is significantly better absorbed than a patented ubiquinol supplement [Alehagen 2013; Mortensen 2014].
In the same way, the Lopez-Lluch study showed that a well-formulated ubiquinol supplement will be better absorbed than ubiquinone in less well-formulated supplements. (Remember, the ingested ubiquinol will be converted to ubiquinone prior to absorption; therefore, you will always absorb ubiquinone regardless of which form you ingest).
In large part, the absorption of the CoQ10 supplement will depend upon the manufacturer’s choice of carrier lipids and the use of thermal procedures for improving solubilization of the CoQ10 crystals.

Dr. Judy worries that plasma CoQ10 levels below 0.60 micrograms per milliliter are a warning that something is wrong.

Dr. Judy believes that raising plasma CoQ10 levels to 2.5 micrograms per milliliter and above can have a therapeutic effect for patients with heart failure and hypertension.

Documented in more than 75 human scientific studies including the groundbreaking Q-Symbio and KiSel-10 studies; this product is now available as a dietary supplement called Bio-Quinone Active CoQ10 GOLD.

Read more about the product here