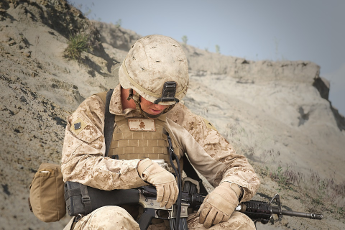 In 2014 professor Beatrice Golomb and colleagues from the University of California, San Diego, published a small but significant study including 46 former Gulf War veterans, both men and women suffering from a variety of symptoms, who received active treatment with CoQ10 provided by Pharma Nord with great benefits.

The study was gold standard as there was a comparison of the outcomes in the placebo group with the outcomes in the CoQ10 treatment groups. The participants were randomly placed in a placebo group or two CoQ10 treatment groups, which received either 100 mg CoQ10 or 300 mg CoQ10 daily. The study was double-blinded as neither the researchers nor the patients knew who was getting what.

There were four treatment phases lasting approximately three months each. During and throughout two of the four phases of the study, all of the participants received placebo capsules exclusively, which both provided placebo control outcomes and served as a washout phase between CoQ10 treatment phases.

Symptoms
Professor Golomb had made a list of 20 symptoms, including headache, difficulty concentrating, fatigue, weakness, muscle pain, neuropathy problems, chronic diarrhea, exercise intolerance and hypertension, and quality of life issues. All of these problems are known to be affecting many Gulf War veterans today.

Results from the study
It turned out that each of the 46 participants were helped by CoQ10.

The primary outcome in the study was General Self-Rated Health. On this outcome, the CoQ10 supplement resulted in a statistically significant improvement among the men in the sample (men made up 85% of the total sample) but not in the total sample.

In the total sample, women included, CoQ10 supplementation gave a statistically significant improvement in physical function. Moreover, in the total sample, the direction of change in 19 of the 20 tested symptoms was positive with a daily intake of 100 mg CoQ10.

With a daily intake of 300 mg CoQ10, there were significant positive improvements in several of the symptoms.
Moreover, the daily intake of 300 mg (100 mg three times per day) of CoQ10 was more instrumental in establishing the positive relationships between blood levels of CoQ10 and health and performance outcomes than the 100 mg daily intake of CoQ10 was.
The relationships between blood levels og CoQ10 and positive study outcomes tend to support the supposition that there is a true causal effect from CoQ10 supplementation.

A Wider Application for CoQ10
Gulf War veterans are not the only people who are exposed to environmental and stress factors that lead to oxidative stress and, eventually, mitochondrial dysfunction. If you are 40 years of age or older, if you are taking statins, if you are working or exercising strenuously, you should be seriously considering trying Bio-Quinone Active CoQ10 GOLD capsules.