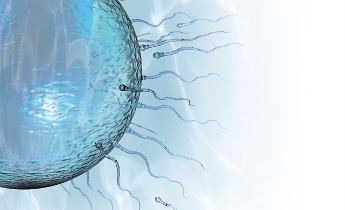 Many industrialized countries experience a sharp decline in male fertility. Several reasons can be contributed as the underlying cause, however, an increased exposure to chemicals on a daily basis remains one of the prime suspects. As a result many couples are having difficulties conceiving, because of a low sperm quality.
The good news is that you can do something to boost your sperm quality with Bio-SelenoQ10.


The two substances CoQ10 and selenium have separately shown great promise on sperm quality, but in particular in combination, scientific studies show statistically significant results. These include selenium from organic selenium yeast and CoQ10 (ubiquinone, a yeast-based CoQ10). Not only has  this combination documented its efficacy against chronic heart failure, it can also boost sperm count.

Selenium
Selenium is included in selenoenzymes, which protect sperm from damage or mutations in the highly vulnerable phase of their development. Selenoenzymes are part of the cell structure. Sperm cells are also sensitive to selenium deficiency, as selenium makes up part of the protein substances in the sperm tail. Selenium deficiency can cause deformed or impaired sperm cells with reduced mobility. In a study, where the participants were given supplementation with 100 micrograms of selenium yeast daily, sperm quality improved in 56% of the patients.

CoQ10 Facilitates the Mobility
Another antioxidant, which has shown good results in sperm quality, is CoQ10, which interacts with selenium in the body. A relatively large amount of CoQ10 is formed in the testicles and in the middle part of the sperm cell, which contains many CoQ10 consuming mitochondria, required for the sperm cells' energy intensive whipping motion when moving forward. Some infertile men have a significantly lower CoQ10 content than what is exhibited in men with normal fertility. A series of open and controlled studies have found CoQ10 supplementation to reduce damage to cell membranes (lipid peroxidation), DNA damage, inflammation and to improve sperm function. In a scientific study, 212 infertile men were given a daily supplement of 300 mg CoQ10. The results showed an increase in the number of sperm cells, their motility and in their ability to penetrate the egg. A lower dosage than 300 mg might also work.

What is Considered a Normal Sperm Count?

Here's what the World Health Organization (WHO) today claims as the minimum requirements for normal sperm count:

Other Ways to Improve Sperm Quality

Reduce coffee
Coffee in small quantites will not harm the sperm count substantially, but there is evidence that large quantities, 800 g caffeine or seven cups or more on a daily basis, reduce sperm quality.

No tobacco
Tobacco smoke greatly impairs sperm quality. That goes for both active and passive smoking. Even if you smoke less than five daily cigarettes, it is enough to impair the ability of sperm cells to attach themselves to the egg. Marijuana also impairs sperm quality, since the active substance tetrahydrocannabinol reduces the sperm's metabolism.

No alcohol
A Danish study has shown that even a low intake of five drinks per week reduces sperm morphology, i.e. their size and shape and decreases sperm count (the amount of sperm cells). It also negatively affects the body's production of sexual hormones.