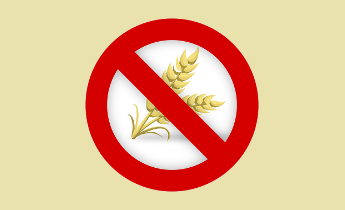 Besides, the lack of selenium the disease also causes lack of a number of other micronutrients such as iron, folic acid, vitamin K and others. Each with their own effects on health.

When it comes to lack of selenium, it may be causing thyroid diseases and unregulated inflammatory damage. The thyroid is particularly sensitive to selenium  deficiency. One third of the total selenium in the body is in the thyroid gland in the form of selenium cysteine. In times of deficiency it also functions as an important reserve. Selenium is significant for the regulation of the thyroid hormone T3 and for antioxidant activity. The selenoprotein glutathione peroxidase defend the tissue from damaging reactive molecules by removing them. So, all in all, selenium malabsorption might be a key factor leading to thyroid and intestinal damage.

About Celiac Disease
Celiac disease is a serious genetic autoimmune disorder where the ingestion of gluten leads to damage in the small intestine. Gluten is a protein present in some cereals such as wheat, barley and rye.

About selenium
The average values of selenium in the blood of healthy individuals from a number of countries is estimated to be between 70 to 110 µg/l. However, the selenium researcher Margaret Rayman published in 2012 an article in the journal The Lancet, in which she stated that the body's selenium proteins will function optimally at a selenium content in the blood of between 130 to 150 µg/l. How much selenium it takes to achieve this level often depends on where you live.

The element selenium is present in the soil and in sea water from where it enters the food chain through vegetables. Globally the amount of selenium in soil is unevenly distributed. Extensive countries like USA, China and Canada have regions of both excessively high and low selenium content, but also of normal selenium concentration in the soil. As a consequent people get different amounts of this element and some need to supplement.