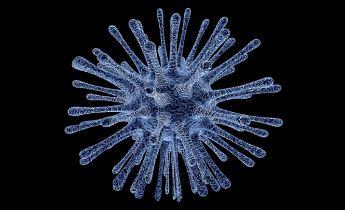 Selenium's importance for human health has only been examined and recognized more recently. One aspect of the interest in selenium is its big impact on our immune system and against viral infections. Our current understanding of this mineral means that it is a trace mineral we do not want to be lacking.

Since a scientific study in 1998 documented that patients with critical viral infections have rapidly decreasing concentrations of selenium, this has become a focus of research on the trace mineral. Almost half of a person's selenium concentrations may disappear in this manner, which could be life threatening, if the patient's selenium levels are already low.

This research shows the surprising extent to which selenium is used up, when the immune system is activated by the virus. Even in people who get good amounts of selenium from their diet, additional supplementation will be beneficial. Selenium from the diet is included in a number of selenoproteins, which have various functions throughout the body.

Selenoprotein P
Maybe the most critical of these selenium containing selenoproteins is called selenoprotein P (SEPP). It  contains up to 10 selenium atoms per molecule. Among other functions it is involved in detoxification of heavy metals and free radicals, and it is responsible for redistributing selenium in the brain. From experiments with mice, we know that if SEPP is inactivated, it will cause a drastic reduction of selenium availability within the brain as well as decrease the biosynthesis of other essential selenoproteins. The resulting symptoms are motor, neurological and growth deficits, which can be offset by supplementing nursing mothers with selenium. As far as male fertility, a normal sperm production is also dependent on SEPP.

Low Selenium Levels Cause Mutations
Another feature of selenium and its antioxidant enzymes is that it protects the genetic material from mutations. Also in relation to virus infections, we see this mechanism. When virus enters a human lacking selenium, it can undergo mutations making it far more dangerous. In other words, virus also needs selenium as a protection against free radicals. If the virus lacks selenium, mutations can occur making it even more dangerous. Common cold virus and HIV-virus and other common vira of the RNA-type form selenium-containing antioxidant enzymes to protect against mutations.

Keshans Disease
China has many and large selenium poor areas and regions. In 1974 it was discovered that selenium deficiency puts people at risk for diseases. Keshans disease is a seasonal disease that attacks children and young women, who can suddenly be attacked by heart weakening and subsequently leave them susceptible to die. However, not everyone with selenium deficiency is attacked. It was found that many inhabitanis had already achieved immunity after having suffered from this illness previously. Selenium deficiency increases the susceptibility to and presumably the danger of the attacking virus.

Thus, there is a risk that a number of vira could become more virulent by passing through a selenium-deficient host, making selenium a substance with considerable implications regarding virus infection and protection.