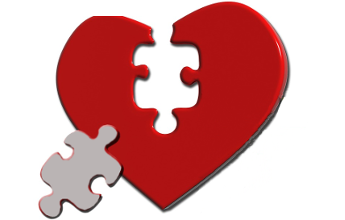 The heart muscle is frequently among the first tissues in humans to suffer damage from selenium deficiency. Harmful free radicals are created as a byproduct of the body's normal metabolism and they cause damage to cell membranes in the heart muscle tissue. These damaged cells result in fibrous tissue, which causes a condition called cardiomyopathy.

In Cardiomyopathy the heart muscle is enlarged, thick and rigid, and as the condition worsens, the weakened heart muscle becomes less and less able to pump adequate quantities of blood to carry oxygen and nutrients to the cells and tissues throughout the body.

The condition according to mayoclinic.org may include symptoms such as: breathlessness, swelling of the legs, ankles and feet, bloating of the abdomen, cough while lying down, fatigue, irregular heartbeats, chest pain, dizziness, lightheadedness and fainting.

Quality of life is often severely compromised for cardiomyopathy patients.

Selenium also has an anti-inflammatory effect and can prevent dysfunction of the endothelium (the layer of cells lining the inside of the blood vessels and the heart). Both selenium, in the antioxidant selenoproteins glutathione peroxidase and selenoprotein P, as well as CoQ10, have an antioxidant function. Both serve to lessen the extent of oxidative stress.

The KiSel-10 study
Beginning in 2013, Professor Alehagen from Sweden and his team of cardiologists have been reporting the results of the KiSel-10 study - a well-controlled, four-year study - in which healthy elderly citizens were given a daily supplement of Bio-SelenoQ10 (200 micrograms of selenium from selenium yeast and 200 milligrams of CoQ10) or matching placebos. The CoQ10 used was the same CoQ10 used in the Q-Symbio study on chronic heart failure patients.