The Health Benefits of Chromium Yeast 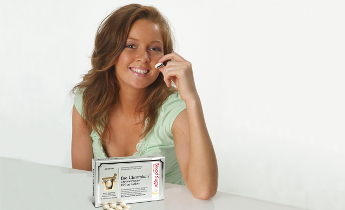 Chromium is an essential trace mineral. It enhances the action of insulin and for this reason low chromium levels in the body are associated with many conditions like sugar cravings, insulin resistance, metabolic syndrome, glucose intolerance, type II diabetes, elevated cholesterol, atherosclerosis and overweight. All are increasingly prevalent conditions.

The daily requirement for chromium is somewhere between 50-200 mcg per day. We get some chromium from food like e.g. shellfish, liver, nuts, beans, raisins, black pepper and brewer's yeast.
According to University of Maryland, the diets of as many as 90% of Americans are low in chromium.  Processed foods are typically low in chromium and will actually increase the need for chromium. This is why chromium supplementation is an increasingly important issue.

The problem with chromium is that it has a generally low bioavailability, which makes the question of which form of supplemental chromium has the best bioavailability very relevant.

Chromium Yeast Absorbed up to 10 Times Better
In 2014 the European Food Safety Authority, EFSA examined the absorbability of a number of chromium compounds and concluded that the absorbability is quite low, i.e. 0.1% to about 2%. There are two particular issues, that surprise in the EFSA evaluation. One is the low absorption of chromium from our food of 0.5% to 3%, which is only slightly better than the absorption from inorganic supplements. The second surprise is that chromium from chromium enriched brewer's yeast is absorbed up to 10 times better than inorganic chromium compounds like e.g. chromium chloride.

Chromium has Synergistic Effect with Other Supplements
Often you can enhance the effect of chromium by combining it with other substances. For example, chromium combined with magnesium is able to decrease insulin resistance more than both substances taken separately.  Zinc supplementation has beneficial effects on glycemic control and may be advantageously combined with chromium. Also substances like cinnamon (Cinnamomum verum) and Maqui Berry (Aristotelia chilensis) have documented effects on blood sugar.

Chromium Research Breakthrough
In 1959 Dr. Walter Merts and his colleague Dr. Klaus Schwarz had a breakthrough in chromium research, when they observed that if you gave animals a chromium depleted diet, they reduced their ability to convert sugar significantly. The animals quickly developed glucose intolerance, a condition that often precedes the development of type II diabetes in humans. Researchers then gave the animals food with brewer's yeast - a rich, natural source of chromium - after which the animals again became healthy. This was a groundbreaking discovery.

GTF
The importance of chromium led to the discovery of a chromium-containing complex in the body, which since became known as glucose tolerance factor (GTF). It was believed that the GTF consisted of three amino acids and B vitamins. The problem with this theory is that the existence of an actual GTF molecule was never proven. Therefore, chromium researchers no longer believe in the existence of a GTF molecule in the original configuration – researchers now look to chromodulin instead.

Chromodulin
In the 1980s, researchers claimed to have proven the existence of a unique chromium-binding molecule called chromodulin, which differed slightly from the GTF, but possessed the same characteristics. Chromodulin - a complex of amino acids – is the most effective in absorbing and utilizing chromium in the body. It is found naturally in foods, but particularly high amounts are found in yeast cells. The higher amount of chromodulin in chromium yeast could be one of the reasons why the European Food Safety Authority has appointed chromium yeast to have the best bioavailability; up to ten times higher than that of chromium from chromium chloride.

Based on EFSA's data, the various forms of chromium can be ranked as follows: