What is Mitochondrial Disease 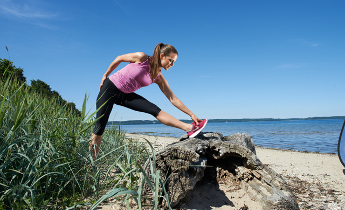 Disease in the cells' mitochondria primarily affects the body's energy production and involves a wide range of symptoms and conditions. However, the good news is that the disorder can be remedied by CoQ10 to some extent. To understand the workings of the mitochondria and CoQ10, we can compare it to the mechanical function in a watch. If the smallest gears in a watch are worn or missing, the watch will not tick at the exact speed or it may even stop altogether. This analogy applies to a disease in the cells' mitochondria, in which CoQ10 is the small gears.

Consequences of Mitochondrial Disease
Researchers only have a partial overview of the involved biochemical processes, and the various defects that cause mitochondrial disease. This is partly because there are enzymes or proteins in these processes whose function is either unknown or not fully understood.

Mitochondria may be Ancient Bacteria
Mitochondria have a great resemblance to bacteria as they also have their own, ring shaped DNA with 37 genes, which differs completely from the DNA of the cell nucleus. This relationship forms the basis of the hypothesis that a non-oxygen demanding cell maybe a billion years ago absorbed an oxygen producing bacteria and made a symbiosis with this bacteria, which later developed into mitochondria.

Symptoms
The list of symptoms and diseases that may be involved in mitochondrial disease is long and the symptoms vary greatly because the cells contain both normal and damaged mitochondria, and their relationship also varies according to which organs and tissues are most affected. As mentioned, the most pronounced symptoms come from those organs with the greatest energy need.

In spite of the many symptoms that mitochondrial disease can cause, there are a number of well-defined syndromes (groups of symptoms) and diseases that are often due to mutations in mitochondrial DNA. These include extreme fatigue, muscle weakness, impaired cardiac function, brain diseases such as Parkinson's disease, schizophrenia and stroke-like seizures, cramps and stomach problems in the form of constipation and acid reflux, non-alcoholic fatty liver, lactic acid accumulation in the body. In addition, other conditions involved can include drooping eyelids, paralysis of the eye muscles, retinal diseases, impaired balance and coordination and learning disabilities.

Researchers are now investingating the fact that damage to mitochondria also appears to occur as a result of several types of medication and can explain many of its side effects, a topic that calls for more research.

Treatment
Even though there is currently no known cure for mitochondrial disease, it does not mean that there are no substances that possibly could be beneficial. Patients with identical symptoms have had varying degrees of benefits from supplements. Some have benefited to the extent of dramatic improvement. Below is a list of supplements that could be worth trying under the direction and guidance of a doctor.

CoQ10
CoQ10 works as an important transporter of electrons in the mitochondrial respiratory chain that produces the cells' energy. In addition, CoQ10 has an important function as antioxidant throughout the body. We get some CoQ10 from food and some from the body's own production. In the case of mitochondrial disease we cannot get the necessary amount of CoQ10 from diet and the body's own production to compensate for the deficiency caused by the disease. The required CoQ10 dosage should be relatively high, ie 100 mg ubiqinone 2 to 3 times daily, which is impossible to get outside of supplementation.

In addition to CoQ10 and other supplements that might be effective, moderate exercise can be recommended. This will improve the energy turnover in the muscles and make them stronger.