Many Functions of Selenium Supplementation 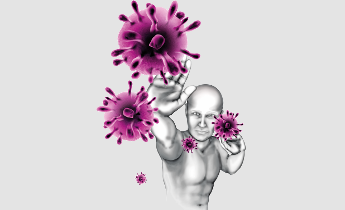 Selenium is a trace element, which is essential for many functions in the body. The selenium content in the agricultural soil, however, varies enormously from country to country and from region to region, which means some populations receive plenty through their diet and others are deficient.

Selenocysteine is a vital component of some 25 different selenoproteins in human cells and tissues. Selenoproteins are selenocysteine-containing proteins that perform a variety of biological functions in the body ranging from amongst others immunity, thyroid function, fertility, the cardiovascular system to detoxification.

Selenium is also an essential component of antioxidant enzymes, which protect the body from harmful effects of free radicals and other reactive oxygen species, that cause oxidative damage to cells and DNA.

High, stable absorption from SelenoPrecise
The absorption of Pharma Nord's patented selenium yeast preparation, SelenoPrecise has been documented by the European Food Safety Authority (the EU's equivalent of the FDA) to be at 88.7%, which was higher than the absorption from pure selenomethionine (SeM). SeM is a valid source of organic Se, which is loaded into muscle tissue that can be used as a storage when encountering situations of insufficient intake. SelenoPrecise contains about 60% SeM, but more interestingly, also about 39% different organic Se species that posess other favorable effects. SelenoPrecise, among other things, contains relatively high amounts of gamma-glutamyl-Se-methylselenocysteine, which is the well known anticarcinogen found in garlic and broccoli.

Normal concentration of selenium in adult human blood serum is 70 to 150 ng/mL (0.15 parts per million.)